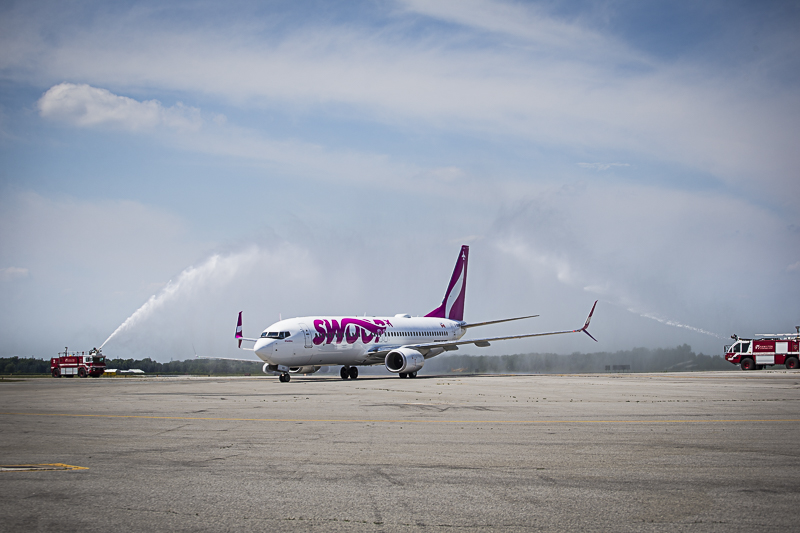 Swoop takes to the skies, celebrating its first flights on June 20, 2018

“Our dedicated team of Swoopsters have worked tremendously hard to deliver exactly what we set out to. Today marks an important milestone for Swoop, and is equally as meaningful for Canadian travellers,” said Steven Greenway, President and Chief Executive Officer of Swoop. “Our inaugural journey on #Abbotsford is just beginning. We’ll be progressively rolling out new routes and destinations in the coming months and years to come.

Steven will join media and travellers on the inaugural flight from Hamilton to Abbotsford, attending celebratory events in both cities.

The excitement continues on June 25 when Swoop activates service in Edmonton, AB and Winnipeg, MB. Over the course of the summer, Steven will visit each of the inaugural cities, to share Swoop’s appreciation for the meaningful teamwork and effort it has taken to get off the ground.