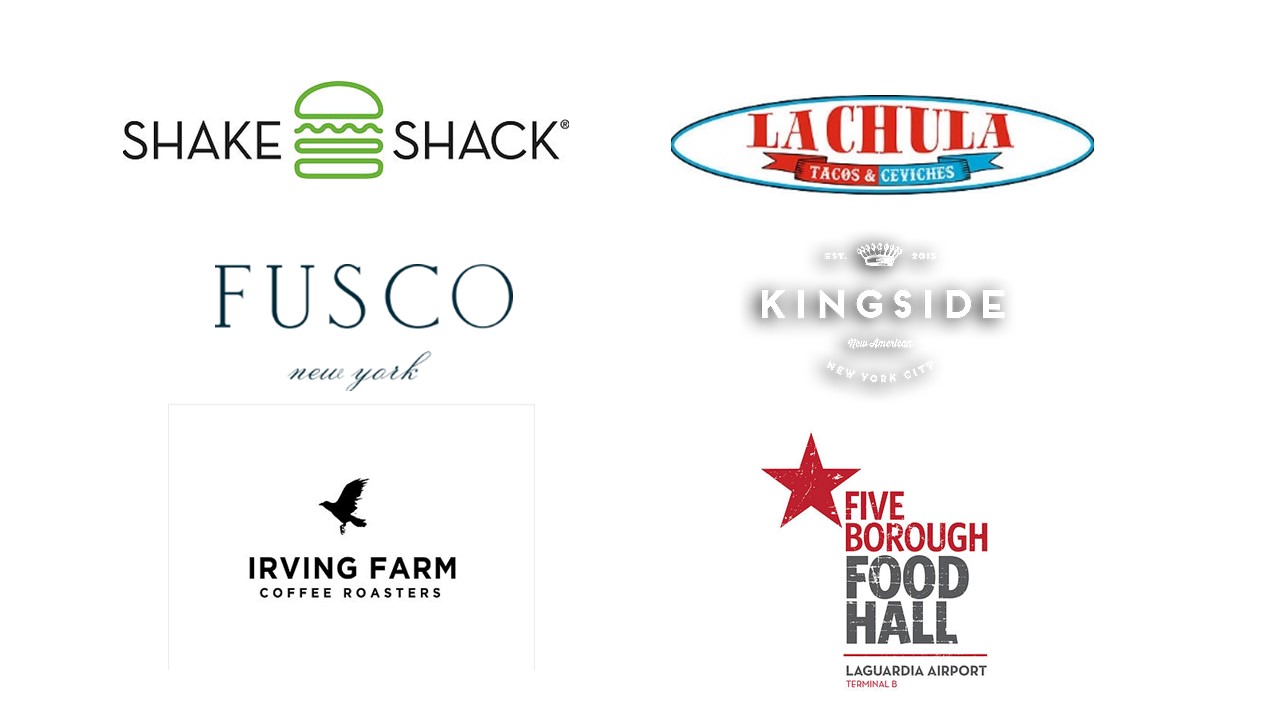 (New York, NY); July 25, 2018 – LaGuardia Gateway Partners (LGP), the private entity operating and redeveloping LaGuardia Airport’s Terminal B, today announced the first set of new restaurants to debut in the new state of the art terminal. Featuring exclusive offerings from award-winning chefs Scott Conant and Julian Medina, as well as hospitality titans Gerber Group and Shake Shack, the new offerings – which will be located in the eastern concourse of the new terminal – are the product of extensive research and feedback from Terminal B travelers on what they want—and expect—from their airport experience.

“These food offerings in the new Terminal B will give travelers an experience worthy of the greatest city in the world,” said Ed Baklor, Chief Commercial Officer of LaGuardia Gateway Partners. “We listened to guest feedback and collaborated with our partners to deliver an amazing selection of restaurants that New Yorkers and all visitors will be proud of.”

“A 21st century global gateway like the new LaGuardia Airport should feature some of our region’s best local offerings,” said New York Governor Andrew M. Cuomo. “From a Hudson Valley coffee roaster, to a Mexico City style taqueria born in East Harlem, to the city’s most famous burger stand and other local purveyors, the new Terminal B will highlight iconic restaurateurs and give travelers who pass through it an authentic taste of what it’s like to be a New Yorker.”

The new concepts are the product of a meticulous selection process, using consumer feedback to bring world-renowned brands and NYC favorites to Terminal B while also creating local jobs in Queens. Each new offering will also reflect New York’s history and tradition.

Learn more about the New LaGuardia Terminal B Food Offerings at the LaGuardia Gateway Partners website.

The first retail shops and services for the eastern concourse will be announced shortly and an even more robust offering of food and retail will arrive in the main part of the terminal and in the western concourse. More than 50 new restaurants, shops and services will be available to guests as part of the overall redevelopment of LaGuardia Terminal B, keeping with LaGuardia Gateway Partners’ theme of showcasing the best locally-based amenities from right here in New York, plus a mix of exciting regional and national brands that passengers are looking for.

The $5.1 billion, 1.3-million square foot redevelopment project of Terminal B is one of the largest public-private partnerships in American history and the largest in U.S. aviation. The new 35-gate Terminal B will replace the existing Central Terminal Building and drastically improve the travel experience for both passengers and airlines, as part of the overall $8 billion redevelopment of LaGuardia Airport that Governor Cuomo first unveiled in 2015 and which began construction in 2016.

As a lead member of LaGuardia Gateway Partners, Vantage is proud of the operations and construction progress underway at LaGuardia’s Terminal B.