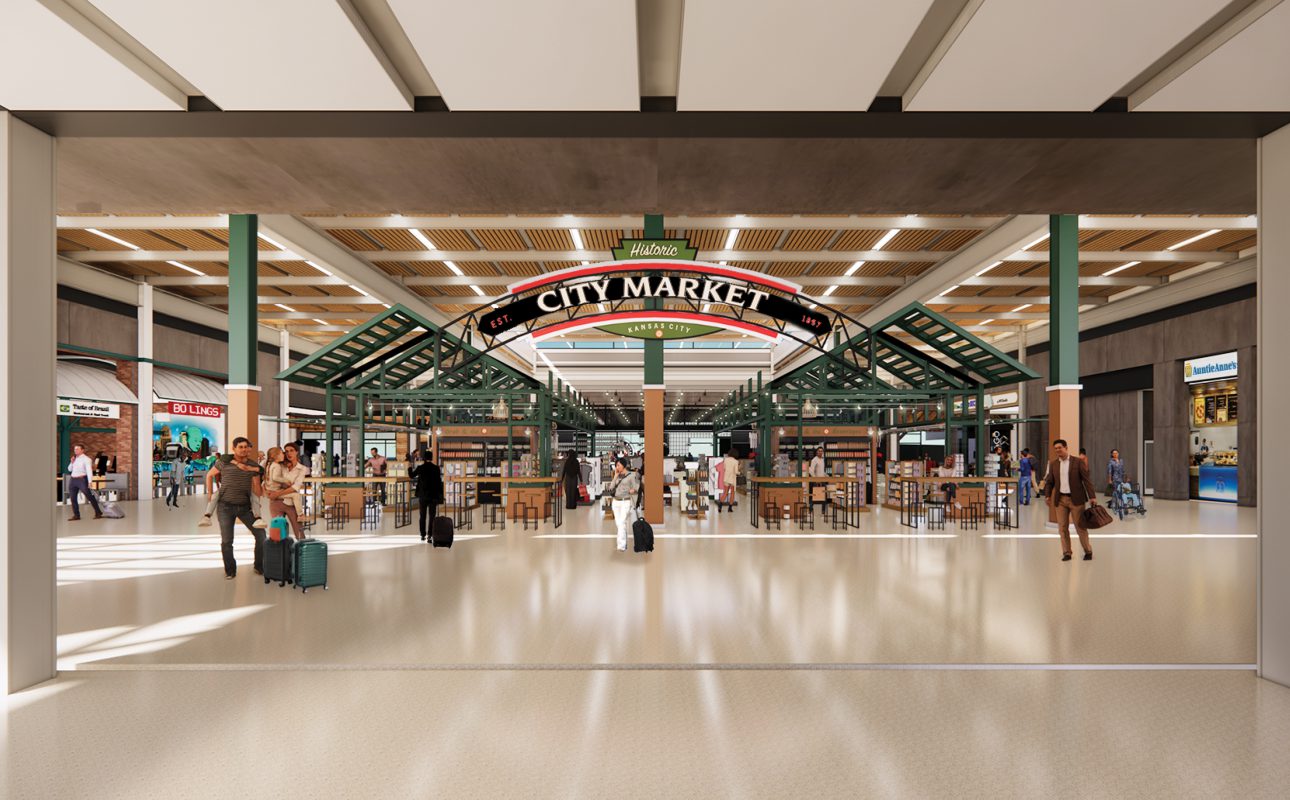 “Vantage Airport Group is delighted with today’s City Council vote to approve our proposal to deliver an unparalleled and uniquely Kansas City-inspired concession program at the new terminal at Kansas City International Airport,” said Rob van Snik, Senior Director, Commercial Development, and leader of the KCI concessions project.  “Our commitment to providing opportunities for local small businesses, inclusion of beloved local brands, minority-owned involvement at every level of the project, and strong partnership with local labor unions will help ensure we deliver a concession program that creates a true sense of place here in Kansas City – one we hope that travelers and local Kansas Citians alike will embrace.”

To develop a winning proposal that met the Kansas City Aviation Department’s stated goals for the concession program, Vantage partnered with a diverse team that includes Jason Parson & Associates, RMD Holdings LLC, OHM Concession Group, and The Marshall Retail Group. Vantage’s concession proposal harnesses the best of Kansas City, utilizing a developer model that will facilitate true competition, with local business operators and more than 40 beloved local brands, offer value and variety for passengers, and create an exceptional customer experience that reflects and celebrates the best of Kansas City.

In addition to the investment of $65M in the program, Vantage will offer a $20M opportunity fund and mentoring program, accessible to small, local, minority and ACDBE businesses operating in the terminal. Over the course of the 15-year contract, the program is expected to generate an estimated $1.5B in concession sales, and $50M in sales tax to the city. Notably, Vantage has also committed to opening 100 percent of the concession offering on the first day of terminal operations, expected in March 2023.

“Part of our mission with the new terminal is to provide the highest level in customer service and amenities and convey a sense of place in the Kansas City region,” said Kansas City Director of Aviation Pat Klein. “The Vantage Airport Group plan checks those boxes and more. We are eager to roll up our sleeves and work with Vantage to further improve the new front door to the community for Kansas Citians and our visitors.”

Vantage participated in the Kansas City Aviation Department’s prescribed procurement process, in which an independent selection committee was appointed to review all proposals and make a recommendation to City Council. Vantage’s proposal was unanimously selected by the five independent committee members.

About Vantage Airport Group:
Vantage Airport Group is a leading investor, developer, and manager of airports around the world. Since 1994, Vantage has been making airports more efficient, profitable, sustainable, and connected to the communities they serve. Vantage has lent its expertise to 31 airports in its 26-year history. Its current network is composed of ten airports, including LaGuardia Terminal B in New York and Midway International Airport in Chicago. Vantage has offices in New York, Chicago, and Vancouver, and is a wholly owned strategic platform of New York’s Corsair Infrastructure Partners for capital deployment in the airport sector.