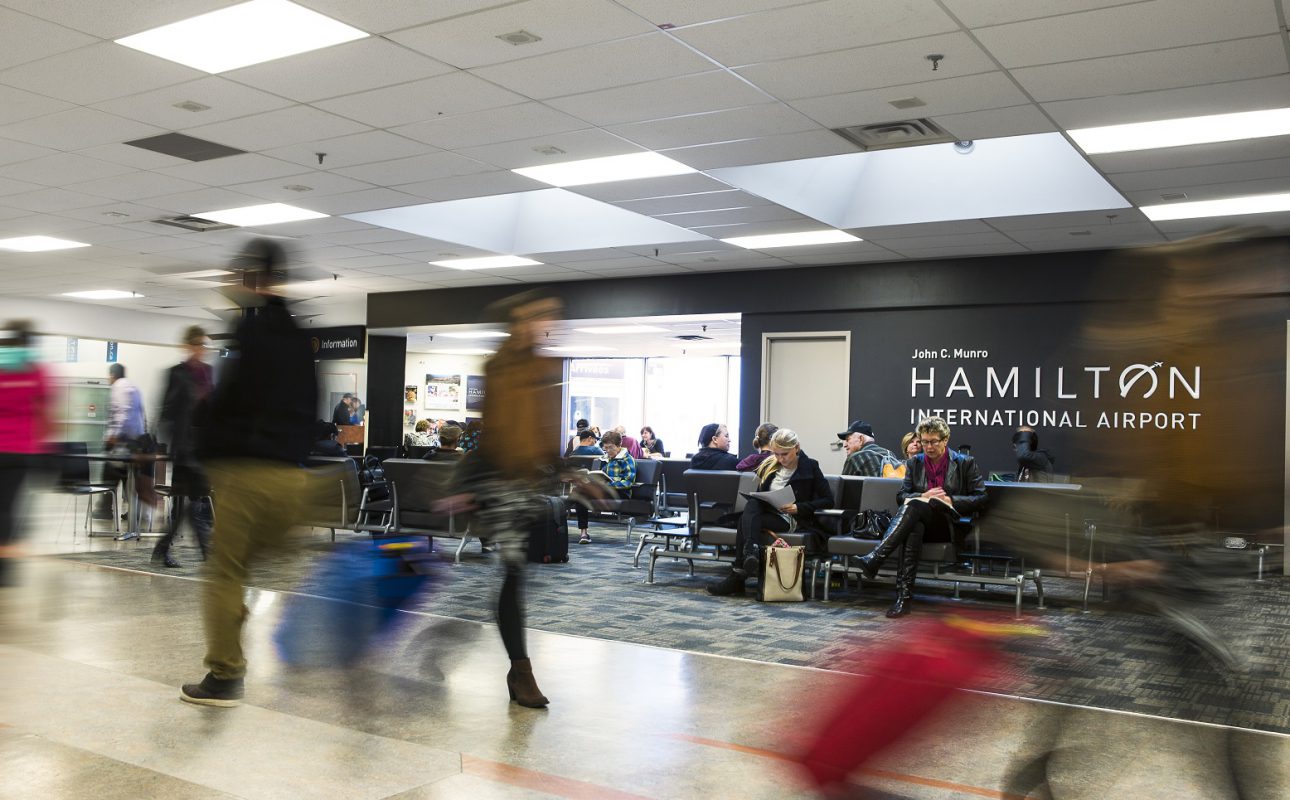 Hamilton International Generated Over 3,400 Jobs and $1.2 Billion of Economic Output in 2017

To help quantify the Airport’s economic impact on the City of Hamilton and the province of Ontario, ICF (a global consulting services company), was commissioned to update the Airport’s Economic Impact Study. The report summarizes that in 2017, Hamilton International generated:

“The results of the study show how important Hamilton International is as an economic engine for the City of Hamilton and the surrounding region,” said Cathie Puckering, President and CEO of John C. Munro Hamilton International Airport. “The Airport is well positioned for the future and will continue to facilitate the efficient movement of people and goods throughout Canada and across the globe.”

Over and above Hamilton International supporting just under 3,500 direct, indirect and induced jobs in the Hamilton region, the Airport’s activity reaches into the broader province with an additional 4,000 jobs.

When comparing this activity from 2017 to the results of the previous study conducted in 2013, the comparison shows growth across every economic metric and demonstrates the growing positive impact that the Airport has on the region, including a 25% increase in jobs created since 2013. Specifically, direct employment of 2,300 jobs associated with Hamilton International could even be considered as ranking the Airport as the ninth largest employer in the City of Hamilton.

*Note: Total impact in 2017 includes visitor expenditure impacts, while 2013 total impact does not.

Passenger Growth
Hamilton International’s primary market is leisure travel and it has successfully carved out a niche for itself by attracting low-cost carriers for customers who prefer low-cost air travel options in addition to providing advantages such as affordable parking and the ease of travel to, from and within the Airport.

These customer service advantages have helped the Airport attract travelers to and from Hamilton and other Southern Ontario points who previously favored U.S. airports near the border, such as Buffalo Niagara International Airport. In addition to leisure travel, Hamilton International continues to play a key role in facilitating travel for meetings/conventions and sporting events in the city.

Cargo Growth
A significant amount of air cargo activity arriving at the Airport originates at or is destined for the Hamilton and Southern Ontario region. Hamilton International is also a critical waypoint facilitating the movement of goods across the country and into remote northern communities. The Airport’s cargo operations are largely supporting local manufacturers, suppliers and businesses that rely on air cargo transportation services, particularly for commodities that are higher value or time sensitive, such as medical devices, pharmaceuticals or perishables.

Ontario, as well as the rest of Canada, is the home of a strong and rapidly growing e-commerce industry. E-commerce retail spending in the country is predicted to represent 10% of total retail spending by 2019, resulting in $50 billion spent annually. Hamilton International is well positioned to support this booming industry with its large cargo facilities that operate 24/7, enabling companies to meet the tight deadlines that e-commerce demands.

With the growth of passenger and cargo operations at the Airport, the need for other aviation-related services, such as maintenance, repair and overhaul operations has also grown. Furthermore, as the aerospace industry continues to grow, so do the training needs of the workforce to support it. The economic impacts of a growing airport like Hamilton International evidently reach beyond the Airport’s immediate operations and ultimately, the Airport continues to demonstrate its role as a global gateway in Canada for affordable travel and goods movement.

John C. Munro Hamilton International Airport is a growing international gateway for affordable travel and the largest overnight express freight airport in Canada.  The Airport is owned by the City of Hamilton and managed under an agreement by TradePort International Corporation, a wholly owned subsidiary of Vantage Airport Group. flyhamilton.ca