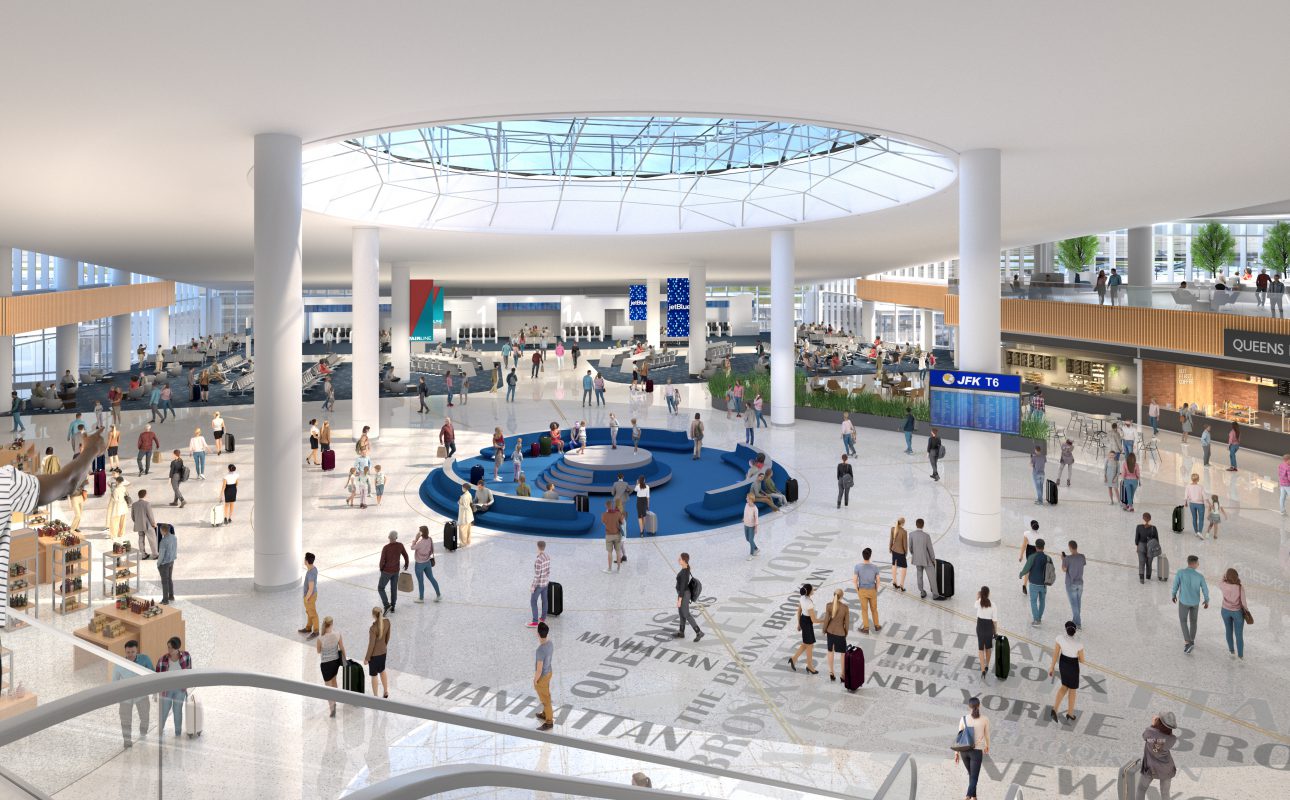 JMP, composed of Vantage Airport Group, American Triple I Partners (ATI), and RXR, has partnered with terminal airline sponsor, JetBlue Airways, to finance, develop, and operate the new 1.2 million square foot, 10-gate terminal, built on the site of the former Terminal 6, in partnership with the Port Authority of New York and New Jersey. This state-of-the-art international terminal will anchor the north side of the airport and help transform JFK into a modern, 21st century global gateway, under the leadership of New York Governor Kathy Hochul.

As JMP’s Project Executive and CEO, Ms. Williams will be the senior executive responsible for the advancement of the Terminal 6 redevelopment project, from financial close and ground-breaking through planned construction phases to operations commencement. She will lead a dynamic project team of airport development and operations professionals to ensure project delivery and operational performance, as well as manage shareholder and stakeholder relations, and engage in critical local community and Minority and Women Owned Business Enterprise (MWBE) outreach in support of the redevelopment.

Ms. Williams brings decades’ worth of proven experience in successfully leading multi-faceted strategic initiatives in such essential service sectors as transportation and public safety across both public and private sectors to the Terminal 6 Project Executive role.  Most recently, Ms. Williams served as Chief Deputy County Executive for Nassau County, overseeing the county’s operating budget of $3.1 billion, some 7,000 employees, and delivering significant initiatives for the county’s 1.3 million residents, including budget restructuring and vaccination and data reporting throughout the pandemic, the construction of a new police academy, and coordination of intergovernmental relations with state and local governments.

Ms. Williams has a Juris Doctor degree of Law from St. John’s University School of Law and has served on multiple transportation, healthcare, and infrastructure boards in the NY-area community, including the New York Public Transit Association Hall of Fame, the RAIL CEO Committee, and the South Nassau Communities Hospital Board.

Approved by the Port Authority of New York and New Jersey’s Board of Directors in August 2021, the new Terminal 6 will connect to JetBlue’s Terminal 5 and be equipped with capacity for 10 new gates, as well as create bright and airy check-in halls and arrival spaces designed to enhance the customer experience. Customers will enjoy more than 100,000 square feet of commercial dining and retail amenities, lounges, and recreational spaces. Much like the experience at the Vantage-led new LaGuardia Terminal B, the new Terminal 6 will incorporate the latest advances in both sustainability and security, infused with the partners’ renowned customer experience, operational excellence, and a uniquely New York sense of place. The redevelopment will also include critical infrastructure improvements to the airport’s roadways to optimize traffic flow, enhanced aircraft circulation, and capacity for additional airline operations, to improve connectivity and maximize use of space. Construction of the new terminal is scheduled to begin later in 2022 and the first new gates are scheduled to open in 2025.

Helena Williams, JMP Project Executive & CEO, said: “World-class transportation infrastructure is critically important to keep a region moving, create strong local employment opportunities, and, at an international gateway airport like JFK, deliver a positive, memorable first and last impression of New York to visitors. I look forward to leading the JMP team and collaborating with our airline partners to create a new Terminal 6 at JFK.”

George Casey, Chair and CEO, Vantage Airport Group, said: “Helena’s track record of delivering complex transportation infrastructure projects and operations, leading high-performing teams, and engaging meaningfully with local community and project stakeholders in the greater New York region makes her the ideal person to lead the world-class redevelopment of Terminal 6 at JFK. We are delighted to welcome her to the Vantage team, as we embark on this exciting project with the Port Authority to help reimagine the travel experience at JFK.“

David J. Cibrian, Co-founder and CEO, ATI, said: “Helena has worked with a broad range of community stakeholders in the region and understands that infrastructure creates opportunity for everyone. Under her leadership, we are looking forward to advancing our long-term partnerships with local and MWBE communities to develop a new, world-class terminal that showcases the best of New York and our local Queens communities.”

Scott Rechler, CEO and Chairman, RXR Realty, said: “Delivering a world-class terminal at JFK requires best-in-class leadership and that’s exactly what Helena Williams will bring to the new Terminal 6 project. With Helena Williams as the Project Executive and CEO of JFK Millennium Partners, we’re taking another giant step forward in the transformation of JFK into a 21st century, state-of-the-art international airport befitting the State of New York.”

Lisa Reifer, Head of Finance and Treasury, JetBlue, said: ““JetBlue is delighted to welcome Helena to the Terminal 6 team as we work alongside JMP to modernize JFK into a world-class airport. Helena’s success delivering complex transportation infrastructure throughout the region demonstrates that she brings the experience and passion needed to develop a terminal that New Yorkers can be proud of.”

About JFK Millennium Partners:
JFK Millennium Partners (JMP) is the private consortium selected by the Port Authority of New York and New Jersey to lead the Terminal 6 redevelopment project on the north side of John F Kennedy International Airport. JMP is composed of Vantage Airport Group, an industry leading investor, developer and manager of award-winning global airport projects, including LaGuardia’s new Terminal B; American Triple I Partners (ATI), an investor, developer and manager of infrastructure assets and certified 100% minority-owned and managed business enterprise; and RXR, a leading New York-based vertically integrated real estate operating and development company. This project is part of an overarching, $13 billion plan to transform JFK into a modern, 21st century global airport.